Skip to content
Cocktails With A Curator: The Frick Collection 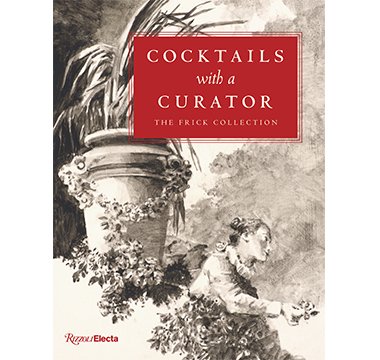 COCKTAILS WITH A CURATOR: THE FRICK COLLECTION

Even though socializing stopped for most people during the pandemic, it continued on at New York’s Frick Collection. When the venerable institution closed its doors in March 2020, leaving its Rembrandts, Vermeers, the wandering-eyed Bronzino portrait of Lodovico Capponi, the playful Fragonards and the sober Chardin still life to go unvisited for what would be a full year, three Frick curators found a way to be with us.

Xavier Salomon, Aimee Ng, and Giulio Dalvit began to broadcast, live and unscripted from their own homes, something called Cocktails with a Curator, a series watched by some 1.8 million viewers. Now that the museum is fully open again, a new book of the same name (published by Rizzoli) features shortened versions of those web performances. For 65 weeks, the Frick curators hosted a program every Friday evening, 5 p.m. EST, in which they would discuss a work from the museum, coupled with a cocktail (one with and one without alcohol) that related to the featured work. Recipes for the drinks, as well as the ingredients of the artworks, were conveyed.

“It was clear that the talks should be informal and fairly spontaneous, not scholarly lectures but more akin to a stroll through the Frick galleries with a friend,” writes Salomon, the Frick’s Chief Curator. Viewers were invited to sip along with them—a whiskey sour with a Rembrandt self-portrait, a Napoleon with a sculpture of one of emperor’s councilors, a Florentine ruby red liqueur while learning about a Verrocchio bust of a woman.

As we learned about the origins of the word Impressionism (arising from a work by Monet whose title included the word Impression), how Vermeer used a room in his own home for many of his works, and we heard Chardin’s dictum about his muted still lifes (“Who said one paints with colors? One employs colors, but one paints with feeling.”), we were not really alone in our own homes, even if we were actually. For a short time every Friday evening, we had experts with us at home, toasting with us, who soon began to feel like friends with whom we could wander the galleries together. Art proved a healing force.

This story appeared in the Winter 2023 issue of MILIEU.