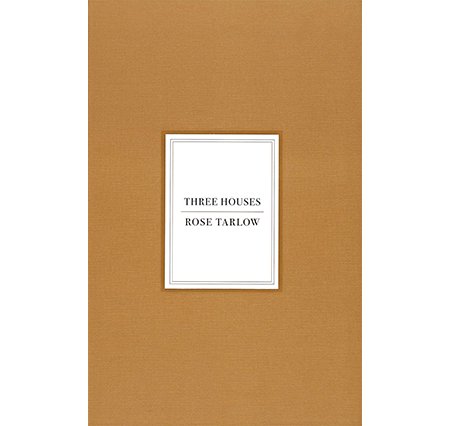 Even though Rose Tarlow, the noted furniture and interior designer, calls this book Three Houses (Vendome), it’s really about four houses. It seems her East Coast girlhood home, Windrift, which burned down in 1966, remains the idyllic dwelling through which she wanders constantly in her imagination.

These decades later, as an accomplished and multi-talented woman, Tarlow writes, “I can see the seashells on my mantel, the starched white organdy-clad vanity that I had forgotten about. The walls, because of the dampness of the ocean, would be repainted every few years. I would always choose a fresh color and my whole room would then again be bright and beautiful.” These imagined snapshots she carries of the past clearly influenced her later professional life and imbued her with an ability to create new homes—for herself and her clients. The namesake houses of hers to which she refers in this book are in Provence, Santa Barbara, and Stone Canyon (Los Angeles), the latter two ironically almost lost to California brush fires, an eerie echo of Windrift’s fate.

While this may be a book that documents the actual places where Tarlow now lives, mostly through photos and captions that

read like poetry (“Consider a bowl as a very early form of sculpture.”), this is also her memoir told through the experience of those residences. We all cherish where we live and with what and whom we live, so even though we are seeing someone else’s homes here, we are actually also seeing our own. —David Masello