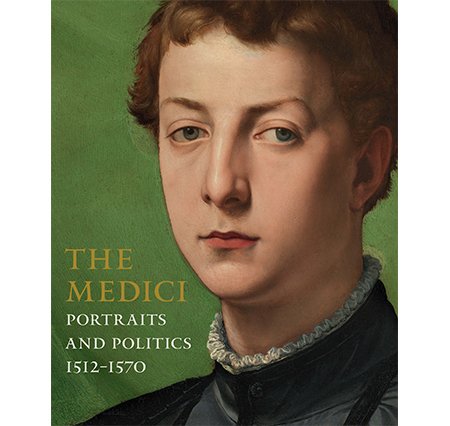 Art is power. Such was it centuries ago and such is it, to some extent, today. When the Medici family ruled the city of Florence, art and artists became much-coveted commodities. For any noble family, who painted your paintings, what the works depicted, and where those canvases and panels hung reflected much of a person’s status–while defining the reach of their political power, if not also the aesthetics of the interiors of their homes and palaces. When Cosimo I de’ Medici assumed the role as the second Duke of Florence in 1537, he instituted a cultural campaign that reinforced his political control. The Medici: Portraits and Politics, 1512–1570 (The Metropolitan Museum of Art; $65) memorializes the namesake exhibition at the museum. Just as the exhibition did, the accompanying book reveals the uncanny confluence of artistic talent that ruled the cultural landscape. The artists Agnolo Bronzino, Francesco Salviati, and Benvenuto Cellini were among the practitioners, famous then and famous now. Medici family members, court officials, poets such as Laura Battiferri, and other figures of the time were rendered in glorious portraits, simultaneously idealized and realistic, but always regal. The faces staring from these paintings and the figures embossed on medals and rendered as sculpture are often beautiful, always powerful, and ever timeless. —David Masello